10 Reasons Microsoft LUIS is not the answer 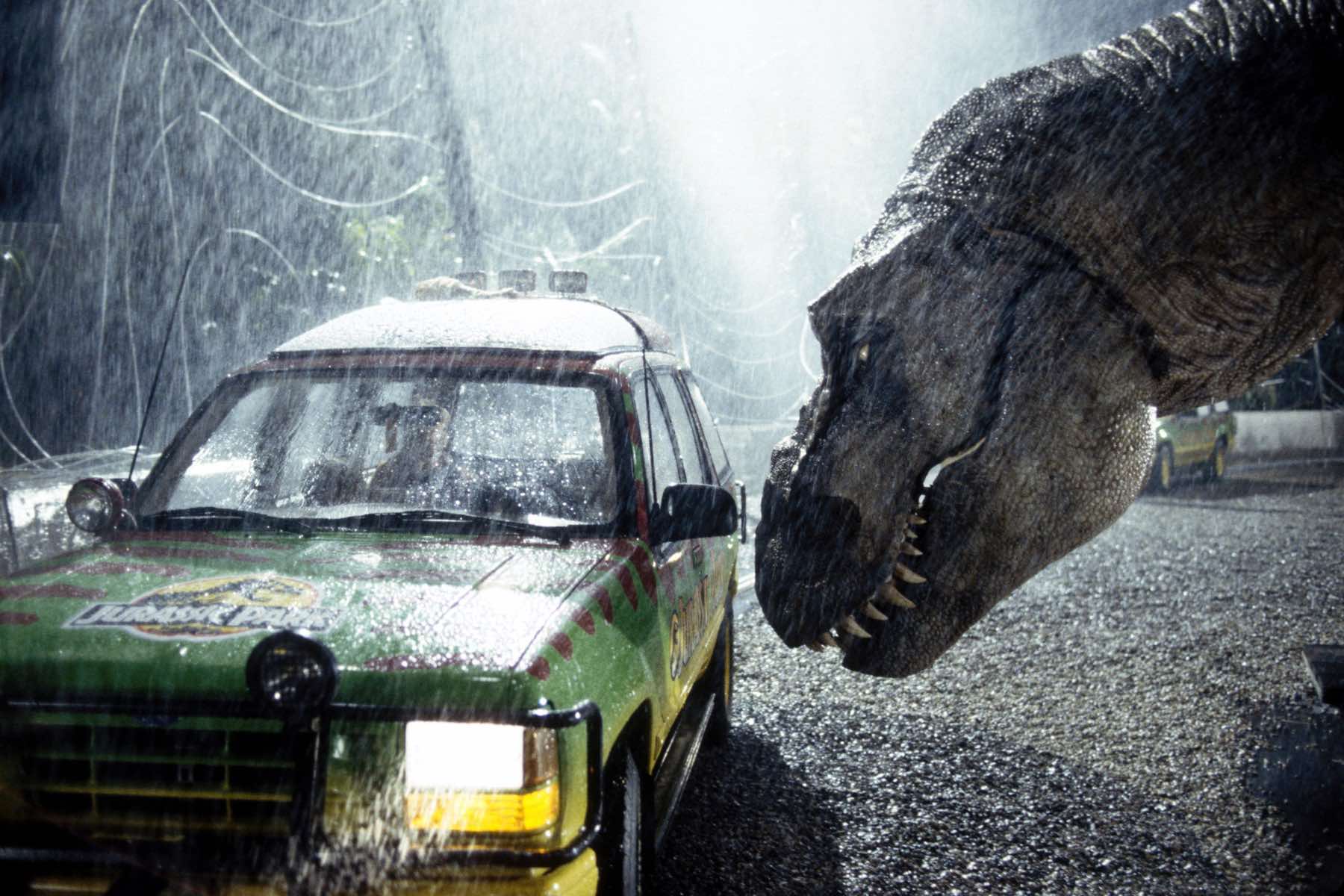 A few years ago we took lessons learned from Jurassic Park and applied them to the world of usability testing. Since then the world has changed, but the sage advice found in the movie has not.

We now live in the era of artificial intelligence (AI), and many organizations are grappling with the world of build vs. buy.

The question being asked is, “do we build an Enterprise chatbot (aka Digital Assistant) from scratch using something like Microsoft LUIS, or do we buy something already built”?

As we all discovered in the movie, good intentions can quickly turn into a series of unexpected outcomes. And the main lesson learned (if indeed it needed to be learned) is that as smart as we think we are, there’s no substitute for having a coherent and informed plan. And being able to learn from failed lessons of the past.

So, using Jurassic Park as an example of a build that totally went wrong, we thought we’d look at the lessons learned from the terrific movie and apply them to the world of chatbot implementations. You’ll be surprised at how applicable it is.

All projects begin with general excitement and great anticipation. And none moreso than chatbot projects. Kickoff and initial design meetings tend to be stress-free and filled with the hope that something great will happen. The prospect of replicating a human brain that can understand your Enterprise sounds like lots of fun. What could possibly go wrong? And, of course, the pizza ordering example that comes with the LUIS tutorial makes it all look like a walk in the park. But then, six months later, it all becomes apparent that ordering pizza isn’t a great use-case. And that the more you build, the more complicated it all becomes. And that’s when the screaming starts.

And this is at the core of Microsoft’s problem. They are not an Enterprise software applications provider, in the way that someone like Oracle is. What they are good at is building tools that let you build applications. They just don’t build those applications for you. Again, unlike Oracle.

With Microsoft LUIS, everything is a build, and in the Enterprise software world, the smart people are buying.

2.  Dr. Ian Malcolm: Your scientists were so preoccupied with whether they could, they didn’t stop to think if they should.

Yes, it is possible to build an Enterprise chatbot using a tool like Microsoft LUIS. But only in the same way it’s possible that an army of monkeys, given enough time, could recreate the works of Shakespeare. The real question isn’t could you roll your sleeves up and try your luck with LUIS, it’s should you? And the answer is a resounding no.

Gartner has already spoken on this subject and advised that IT needs to stop trying to reinvent the wheel and instead purchase things in the Cloud that someone else has already built.

Microsoft’s belief is that they just need to hand LUIS to their clients, and they’ll build massively complex neural systems that understand their Enterprise systems. This shows a complete lack of understanding, or appreciation for, the task at hand.

And this naivete is fundamentally grounded in the fact that they, like IBM with Watson, don’t sell the software that organizations wish their chatbot to integrate with.

Unlike, for example, Oracle, who not only sell chatbot technology (Oracle Digital Assistant), but are also using that technology to build their own Enterprise skills. Unless you drink your own champagne, it’s impossible to know if it’s any good or not.

4. Nick Van Owen: You seem like you have a shred of common sense, what the hell are you doing here?

At some point in every project, someone needs to apply common sense and say, “enough is enough”. If after a few months you’re not seeing something worth sharing with your organization, then that maybe is the time to try something “off the shelf”. Typically, that point is 3-5 months. By that time, you’ve probably figured out that brain surgery isn’t what your IT group is cut out for, and that you need to look for something already built. So, keep that in mind.

If somebody keeps telling you that you’ll see the value in year two, then that’s a sign you should move on.

5. Dr. Ian Malcolm: Taking dinosaurs off this island is the worst idea in the long, sad history of bad ideas. And I’m gonna be there when you learn that.

As Gartner once said, “building a bad chatbot is easy, building a good one is hard”. If you spent over a year building a bad one, and then roll that out to your organization, then that’s going to be a tough lesson to learn – for the team that built it, and the organization that has to live with it.

Trying to build an Enterprise chatbot from scratch using Microsoft LUIS, or IBM Watson, will go down in IT history as a bad idea on many levels.

Let us count the ways:

The history of IT is littered with projects that went over budget and under-delivered. And that’s just looking at web-based implementations over the past 20 years. Given such a poor track record with a very simple to implement technology like HTML, imagine how badly awry projects using a conversational UI could go. Yes, you likely won’t be making the same mistakes. But there’s plenty of new ones to make if you’ve never done this before.

And using Microsoft LUIS, or IBM Watson, will allow you to make those mistakes. Ultimately, they are just coding tools, and don’t have the smarts already built into them to ensure you don’t go down the wrong path.

What you want is pre-delivered skills, not a swiss army knife. Skills that already understand your Enterprise needs and rules. Skills that are plug-configure-play.

7. Dr. Ian Malcolm: God help us, we’re in the hands of engineers.

The last thing you need to be in, while implementing a chatbot solution, is the hands of engineers. Microsoft LUIS forces you into the path of focusing on how to engineer code, and away from the path of “how should this work for the user”.

8. Dr. Ellie Sattler: [after finding Malcolm with a broken leg] Should we chance moving him?
Dr. Ian Malcolm: [the Tyrannosaur roars nearby] Please, chance it.

An illusory comfort zone is not the place to be in. Whether it’s comfort with your IT group, or comfort with a vendor you’ve happily worked with for years. When you hear the T.Rex roar, it’s time to move to a better place. A safer place. Don’t wed yourself to a toolset or a preferred vendor, take a chance and reach out to the world. Speak to people you’ve never spoken to before.

Ask for demos from many vendors in the market. Ask difficult questions. Enter into an interview process to find someone who has already done what you want to do. It may seem like taking a chance, but it’s better than certain failure.

9. Dr. Alan Grant: The world has just changed so radically, and we’re all running to catch up. I don’t want to jump to any conclusions, but look… Dinosaurs and man, two species separated by 65 million years of evolution have just been suddenly thrown back into the mix together. How can we possibly have the slightest idea what to expect?

The world has just suddenly changed radically. Many people are running to catch up, while others, like Workday, are just ignoring the change and hoping it won’t affect them. But machines interacting with humans, as if they were human, is not a change that is going away.

At the same time there is a complexity to all this. And ordering pizza doesn’t really describe that complexity.

Meanwhile both Oracle and IntraSee have been building these skills over the past two years, on the same technology platform (ODA), and have learned valuable lessons during that period. Having already done this, we now know what to expect when adding conversational skills to complex Enterprise systems (both Cloud and on-premise).

10. Dr. Ian Malcolm: I’ll be right back. I give you my word.
Kelly Malcolm: [pounds her fists on the railing] But you *never* keep your word!

The worst thing about implementing a failed chatbot solution is that you will train people to never trust you. No matter how many times you tell them that the next version will solve all their issues, they’ll never believe it. And they’d be right not to. It’s very rare in life that we stumble across the perfect way to do anything. And the odds of that happening with an Enterprise chatbot (aka Digital Assistant) created from scratch using a tool like Microsoft LUIS or IBM Watson, are slim to none.

No matter how many assurances from the vendor, if it’s not already been built, you have no reason to believe it will be built properly.

So, ask to see a demonstration of a fully formed chatbot with advanced Enterprise skills. Ask as many people as you can. But definitely also ask us. We’ll be happy to oblige.

← Alliance 2019: Enterprise Chatbot Case Studies: What has been learned
10 Reasons for not moving to Workday →