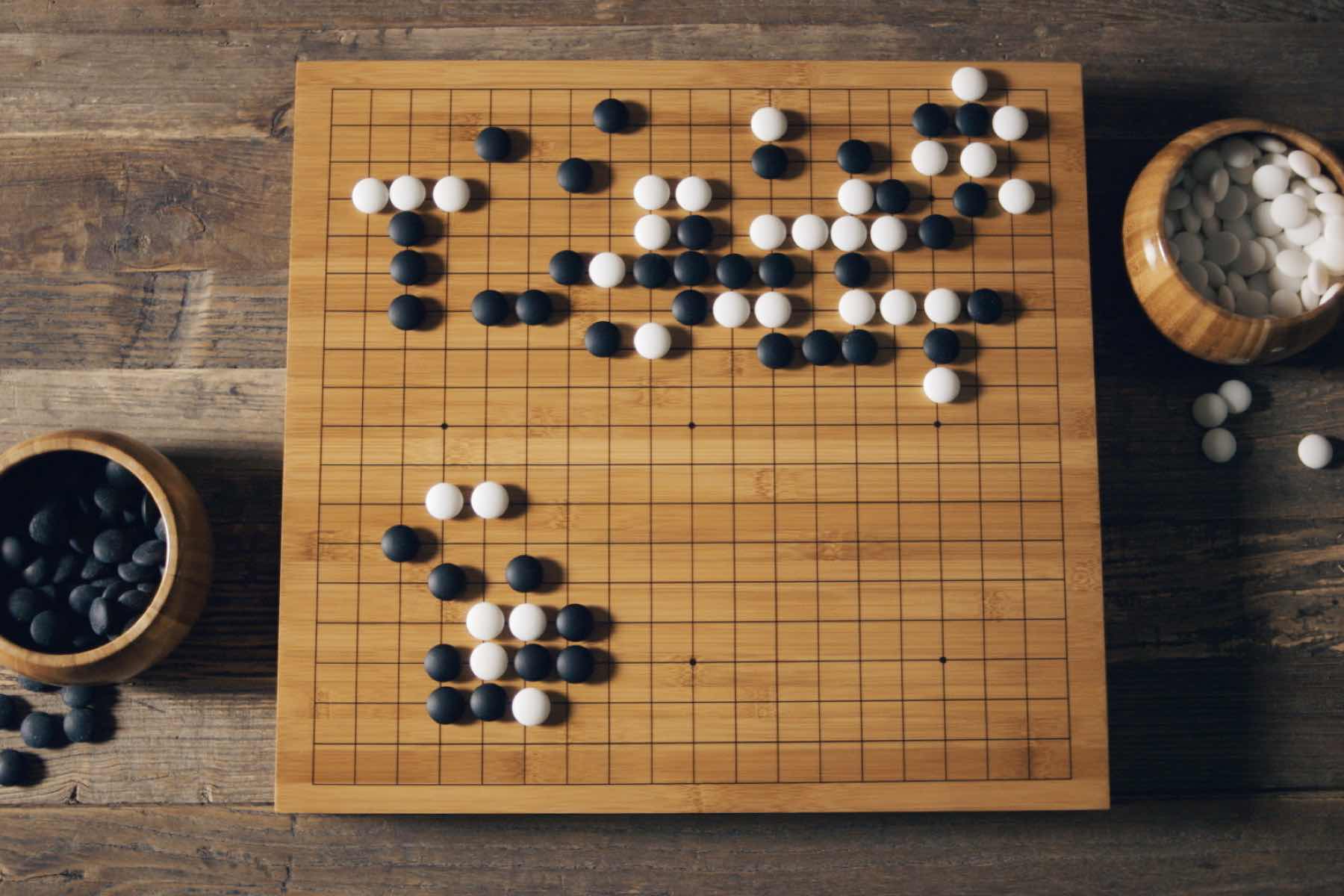 In 2016 AlphaGo was the first computer to defeat a world champion at the ancient Chinese game of Go. Fast forward to October 2017, and the latest iteration, called AlphaGo Zero, crushed the previous version, AlphaGo Master, by 100 games to zero. Thus, making it “arguably the strongest Go player in history”.

That the latest version of something beat the previous version isn’t the shocking part of all this. We’ve become used to things getting better and better. Version 4 of something should be better than version 3. Now, what makes this a fascinating story is how AlphaGo Zero was built, and how it became so powerful. And with that, a very important lesson can be learned for the practical implementation of AI in the Enterprise

To the casual observer, and many experts, one would imagine that AlphaGo Zero had more powerful processors, access to more data, and more time to “learn”. Not so. In fact, the opposite was true. AlphaGo Zero had less processors, was provided with “zero” data (hence the name), and had a tiny amount of time to learn. 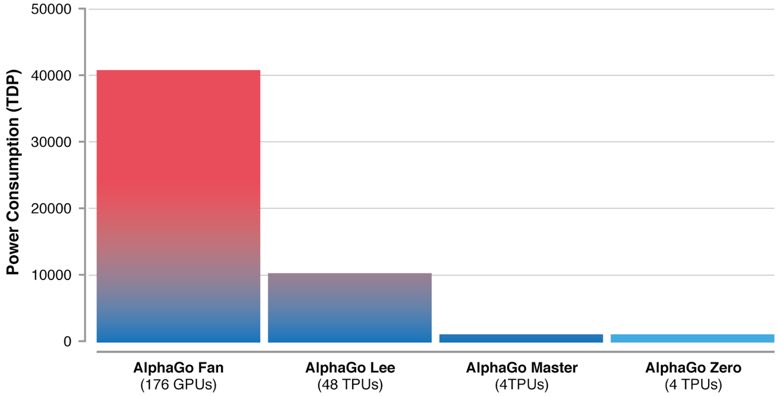 So, the big question is, how is this possible? There’s a very long answer to this question, but the short answer is that AlphaGo Zero was unencumbered with big data and was allowed to just think for itself. All it needed was the right algorithms.

The creator of AlphaGo Zero was a brilliant group called DeepMind (based out of the UK) that Google acquired for $500 million in 2014. Professor David Silver explains it succinctly:

“Algorithms matter much more than either computing or data available”

This in itself is a breakthrough in AI, and massively impactful to not only future developments in AI, but also in the practical application of AI in organizations today. It also runs counter to the hype machine touted frequently, and should lead organizations to question the validity of being told over and over again, “implement AI, let it mine your data and learn, and in about a year you should start to see value from it”.

Advising people that implementing AI is a year-long process that would take lots of high-priced consultants to implement, with just the hope that it would work, was bad advice out of the gate. AlphaGo Zero has shown that there is a better way. A smarter way.

This whole story reminds us very much of the famous “Search war” that took place back in the late 90’s early 2000’s between Google and Yahoo (remember them)? Yahoo at the time had a massive lead in the Search ad revenue business. Only one problem: it was built using massively inefficient technology that required huge amounts of human interaction. Whereas Google built their search solution by implementing vastly better algorithms that allowed them to completely automate every process. Nobody needs a lesson in how this all turned out. Smart algorithms, automation, and scalable architecture always wins out in the end.

Which brings us to the original point of this blog: how can these lessons be applied to Chatbot implementations in the Enterprise? Let us count the ways…

1. Chatbots can only succeed if they are accompanied by clearly defined processes that define all interaction with your entire enterprise system.

Chatbots themselves are merely a UI. They are not “the brain”, they are a mechanism by which the user can communicate with the brain. Instead of clicking on links, now you can have a conversation with your Enterprise system.

So first, the neural network needs to be in place, and the paths through that network need to be defined. These paths are called processes. And the way to navigate through a process is via a conversation.

At IntraSee we have built, over the past decade, a way to turn your entire Enterprise into a neural map of processes that can be traversed via a browser. Now we have enabled the ability to traverse that same network via conversational AI. AKA Chatbot. The chatbot piece was relatively easy for us, the previous ten years of work was much harder 😊

2. Chatbots should be smart out of the gate. And if they are not, then you have implemented the wrong chatbot solution.

A. Lots of people, and no clear plan

B. With smart algorithms, few people, technology automation, and a plan

Option A was how Yahoo tried to win the Search war against Google. Option B was how Google won. At IntraSee we believe that option B is the only tenable way organizations should attempt to implement a chatbot solution.

It is our belief that many vendors in the chatbot market will bring huge teams of consultants to “solve” the problem. These teams will spend years manually building out spaghetti code dialog flows that will be both unmaintainable and unworkable.

It is the IntraSee approach to automate every aspect of a chatbot implementation.

We believe that chatbot implementations should be short projects that provide rapid returns on investment. Increases in customer satisfaction will be immediate, support costs will drop, and organizational efficiency will occur within weeks of the implementation.

3. Greater success will be achieved with one chatbot that understands your entire enterprise. Having multiple chatbots organized by one concierge chatbot is a recipe for failure.

It’s our belief that many vendors will try to push a multi-chatbot solution, where each chatbot handles its own “silo”. This reminds us of the early days of portals where organizations ended up with hundreds of portals and people had no clue which one to go to. Multiple chatbots would be equally disastrous.

Imagine someone trying to have a conversation with a chatbot where some of what they needed was in Taleo, some was in PeopleSoft, some was in Oracle HCM Cloud, and some was in Oracle’s Content & Experience Cloud. This should be handled by one chatbot that understands each system. You can’t start bouncing people back and forth between chatbots, with each chatbot saying, “sorry, I don’t know the answer to that. Talk to the other chatbot”.

That said, nobody can chatbot enable their entire Enterprise with one chatbot overnight. It will be an incremental process initially, and then will expand rapidly as successes are realized and the correct, scalable, chatbot infrastructure is put in place. But this is clearly the path we believe organizations need to tread. Even Google didn’t index the world overnight. But they did implement the concept of one search engine then used technology-automation and smarter algorithms to eventually make Google the one place everyone went when they needed to find anything. This should be your chatbot goal too.  A chatbot that understands all “intents” within your organization, and can manage conversations across multiple Cloud and on-premise systems.

At IntraSee we know how to do this, and have built a scalable Enterprise-centric solution that will allow you to meet your organization’s goals at a price you can afford. And, more so, it is a solution that will automatically adapt to your changing infrastructure. Such that as you slowly migrate from on-premise solutions (like PeopleSoft) to Cloud hosted solutions (like Oracle HCM Cloud), the solution will adapt to the change, and thus protect your UX investment.

Ultimately, what AlphaGo Zero has taught the world is the importance of the “I” in AI. AI needs to be intelligent out of the box. Chatbot engines are frameworks that can be infused with intelligence from the get-go. That’s what we do at IntraSee. And this is what made AlphaGo Zero a winner.